* In case of any delay in receiving the OTP, you may verify it later. Please proceed without verification.

Enter your City name or Pincode

Kalamassery is a municipality and is part of Cochin Metropolitan City. It is situated in Ernakulam district in Kerala. The name is derived from ‘Kalabasery’ which is a place from where Kalabam was brought to Thrikkakara temple. Over the period of time Kalabasery became Kalamassery. It is a highly industrialized region and is the industrial centre of Kerala. River Periyar flows through the town. 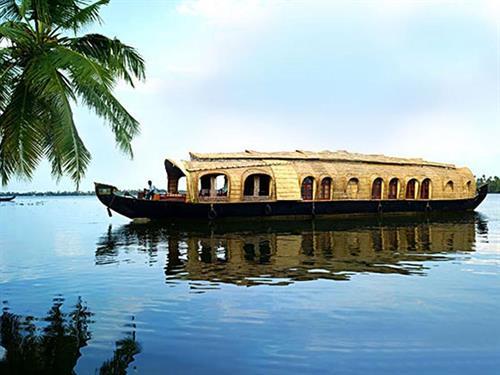 Kalamassery is located at 10.0519694ON 76.3157719o E with total area of 27 Sq Km. The soil of Kalamassery consists of sediments of Alluvium, Brown Sand, Teri’s, etc. In these areas, sticky soil of red coloured is also found.

Kalamassery has a tropical climate. Heavy rains from southwest as well as northeast monsoon are found from June to September. The average annual rainfall is 350 cm.

Business and Economy of Kalamassery 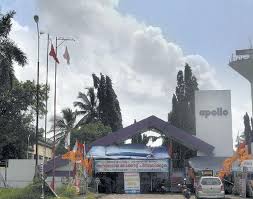 Kalamassery is a highly industrialized zone of Cochin city. FACT which is India’s first large scale unit was established in the year 1943 for the fertilizer production. In the year 1947, it started the production of ammonium sulphate and has an installed capacity of 10,000 MT Nitrogen. In the year 1960, it became Kerala’s State Public Sector Enterprise and in 1962, Government of India became the major shareholder. In the year 1966, FACT Engineering works was established. In Kalamassery, Aluminium Oxide is also produced. In Kalamassery, Apollo Tyres acquired the Premier Tyre Plant and HMT is also located in the heart of the town.

Kalamassery is also a popular tourist destination. It has museum, science city, temples, churches, etc which attract tourists from all over the world. Let’s see here about them.

Kerala Government’s upcoming project is the “Science City”. It will be set up near KINFRA and will attract children and will be an important tourist destination.

This temple is located in Thrikkakara which is a village panchayat situated near Kochi in Kerala State. It is situated 10 Km to the northeast of Ernakulam and it houses many lithic records of historical significance. This temple dedicated to Lord Vamana is mentioned in several hymns sung by Alwars and in particular Nammalvar who belonged to seventh to ninth century CE. This temple also falls under 108 divine places. The temple complex is surrounded by scenic beauty and the sanctum sanctorum houses Lord Maha Vishnu’s idol.

It has been governed by Travancore Devaswom Board. The important festival celebrated here is Onam which falls in the month of August/September. During Onam feast, people from different religions also take part in it without any differences. In ancient times, the festival was celebrated by 61 local rulers called as Naduvazhis under Maharaja of Travancore. The significance of the celebrations is the people from different faith/religion taking part in the Onam feast in large number. Thus, they keep up the spirit of the festival.
The festival is celebrated for ten days during which the performances of cultural arts such as Ottanthullal, Chakyar Koothu, Patakam and Kathakali take place. Apart from these, Panchavadyam as well as Thayambaka are also performed. During this period, each day has its own significance and many ceremonial rites involving the main deity as well as other deities such as Lord Ayyappa, Lord Krishna, Rakshassu and Devi are performed. The Shiva temple situated besides this temple also takes part in these festivities. The festival is started with the flag hoisting and ends on the tenth day with the symbolic welcoming of Mahabali, the Asura King. The closing of the festival is marked by the lowering of the flag and the bathing of the main idol which is called as Aarattu.

The important aspect of the festival is the Onasadya which is organized on the last two days of the festival and attended by over 10000 people belonging to different faith. During this festival, the main idol is decorated with Chaarthu which consists of ornaments, sandalwood paste and clothing. During the ten day festival, the idol is decorated in ten avatars of Maha Vishnu on each day. On the ninth day, the pakalpooram, a grand procession is held and a similar procession known as Seeveli is held on the 10th and final day. During the procession the main deity is carried on the ceremonial elephant around the temple and the procession is followed by panchavadyam and the eight elephants that are caparisoned. The procession stops at each gates of the temple and the idol is returned to the main sanctum and is similar to the procession held in Guruvayur temple. 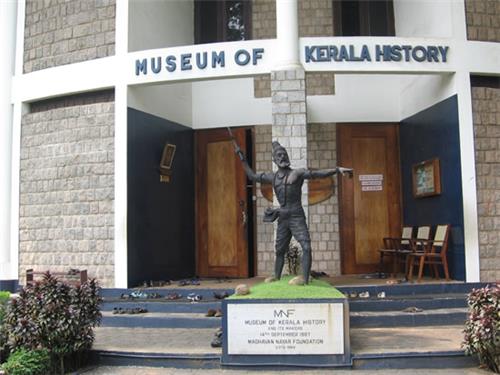 It has representations of the historians of Kerala who shaped the culture of Kerala during the past two thousand years. The museum also has about 150 dolls that are hand-made as well as detailed which represents cultural and ethnic diversity of India. Young men and women right from Kashmir to Kanyakumari are represented as dolls here. The art gallery here has specimens of contemporary paintings as well as sculpture of the past two hundred years. It also has a mural painting of Shakuntalam, the Sanskrit drama which is 5 feet wide and 25 feet in length.

This temple is dedicated to Lord Mahaganapathy and the other deities in the temple include Shiva, Subramaniam, Parvathi, Navagrahas and Rama. This temple was established in the year 1980 by late Shri N Ragunatha Menon. For a long period of time, it remained as basic concrete structure and only in 2000, the temple was renovated based on the traditional architecture. After the death of Mr Menon, his children took care of the temple and further renovations were carried out. They also set up Mahaganapathy Temple Trust. From then on, it became the prominent place of worship for the people of Kalamassery and surrounding areas. The deity of Ganapathy and Subramaniam along with Navagrahas are housed in the two concrete structure located adjacently and faces west.

There are stairs located between these structures which lead to the shrines of several Gods and Goddesses. The total area of the temple is 5000 sq ft and there is a Peepal tree in front of the Ganapathy shrine and the complex also includes the ground found behind the temple. The temple is located on the Eloor-Kalamassery road. The space between the front of the temple and the road is so short that it has earned the nickname of ‘Road-side Ganapathy’. Devotees treat elephants as the incarnation of Lord Ganesha. On first of Karkidakom month of Malayalam Calendar, the temple celebrates Ashta Dravya Maha Ganapathy Havana as well as Aanayoottu every year. The temple also celebrates Gajapooja once in four years.

Services and Utilities in Kalamassery

Water supply in Kerala is regulated by the Kerala Water Authority who also manages the sewage water. River Periyar water is supplied through various pipes in Kalamassery. The head office of KWA is located at:
‘Jalbhavan’,
Vellayambalam,
Thiruvananthapuram 695 033
The KWA was found in the year 1984 and it serves as an autonomous body of Kerala State Government. The official website of Kerala Water Authority is www.kwa.kerala.gov.in.

The fire services for Kalamassery is provided by the fire station at Ernakulam and the address is
Fire Station
Gandhi Nagar
Ernakulam HO
Ernakulam 682 011
Tel: 0484-2205550

How to Reach Kalamassery

Kalamassery is well connected by road to other parts of the city and state. KSRTC as well as private bus services are available in Kalamassery. The nearest airport is Cochin International Airport which is situated at 19.8 Km from Kalamassery. Cochin City Railway Junction is the major railway junction available for Kalamassery.

Comments / Discussion Board - About Kalamassery